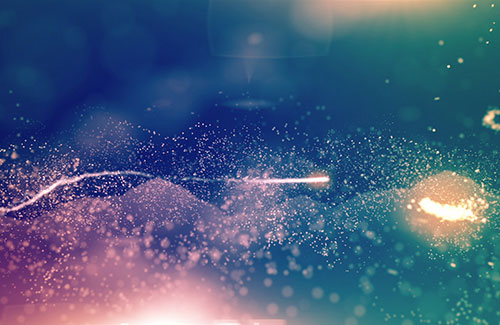 Blockchain in wealth management: not just a crypto-dream

Many traditionalists within the wealth management sector will still today see words like ‘cryptocurrency’ and ‘blockchain’ and run a mile. It’s easy to understand why. Enter the sometime-murky world of Bitcoin and the like and you enter a world that feels like the Wild West of wealth transfer. International borders barely exist and control stems from databases, not regulators. A cheque is probably considered an antique of some value.

But look beyond the somewhat squalid past and uncertain regulatory future and you’d have to be the most hard-nosed of traditionalists to conclude that the underlying technology has no value or application in wealth management. In fact: it might just be its future.

To make that argument it’s necessary to gain a shared understanding of blockchain. Ironically, one of the best descriptions available can be found in the BBC article ‘Cryptoqueen: How this woman scammed the world, then vanished’. Hardly a ringing endorsement for the future of wealth management, but here’s how Jamie Bartlett, the producer who went in search of the ‘Cryptoqueen’, describes what blockchain does that’s so important:

“The reason so many people are excited by Bitcoin is that… it depends upon a special type of database called a blockchain, which is like a huge book - one that Bitcoin owners have independent but identical copies of. Every time a Bitcoin is sent from me to someone else, a record of that transaction goes into everyone's book. Nobody - not banks, not governments, or the person who invents it - is in charge or can change it. There is some very clever maths behind all this, but this means that Bitcoins can't be faked, they can't be hacked and they can't be double-spent… The key point is that these special blockchain databases are what make cryptocurrencies like Bitcoin work.”

In short then, blockchains are self-governing, self-writing, publicly available databases, which track the movement of assets. In this example, the asset is Bitcoin, but blockchains have either been put to use or tested on a variety of asset classes.

Blockchain’s application to wealth management will likely come in the form of its ability to ‘tokenise’ items which were previously difficult to divide at scale, or be done so in a way which did not invite investment from some quarters.

Property and alternative investments, such as jewellery and fine art, have all been mentioned as ‘good fits’ for blockchain. A piece of jewellery, say, is figuratively ‘broken down’ into tokens. Everyone who purchases a token has their purchase recorded within the blockchain database. It’s public knowledge, so money-laundering and tax avoidance are countered. When the piece of jewellery increases in value, investors can sell their tokens and realise their gains.

Whilst few wealth managers currently advise on jewellery purchases, plenty have clients with property who, at some point, need to release or transfer the wealth stored in that property. In a future system, a homeowner could sell 49% of a home’s tokens to investors, improving their own liquidity, but maintaining a majority share in the home, giving them control over whether they live there or rent it out, say. At the point the home is no longer needed, the 51% ‘controlling share’ is offered for sale and the home changes hands. The token owners who own tokens comprising the remaining 49% can hold on to their investment or sell it, as they were always able to.

The advantages are clear and transactions are instantaneous. On the currency side of things, the advantage of this benefit is often seen through the prism of day-long international monetary transfers becoming a thing of the past. A little closer to home, consider this: when you last sold a property, how long did it take you?

Regulation and other problems yet to be resolved

Of course, there are huge and justifiably placed regulatory hurdles to overcome and maybe the crypto-equity release idea will never come to pass. At times where an exciting opportunity exists, such as blockchain, it is worth remembering that complex regulation is needed and is in place in other areas to protect us all. Without supervision, the picture of ‘future equity release’ we painted could create a system which quickly creates a housing shortage: where homes are owned in a virtual blockchain but lived in by few actual people.

If only it were as simple as putting out a paper on how blockchain was going to be regulated.

But innovation usually, eventually, finds a way. In the same International Adviser article, Vanguard detail a blockchain project for transmitting benchmark data to asset managers for the purpose of benchmarking and tracking. “Prior to this project, there was no traditional database available for securely sharing market data across multiple data subscribers,'' a spokesperson said. “This will increase transparency, further improve benchmark tracking, and potentially decrease the risk of disruptions associated with previously manual processes.”

Transferring benchmarking data feels less ‘sexy’ than the innovations often mentioned in the same breath as blockchain, but it is at least a start and probably a more natural one at that. Wealth management is, as we all know, a relatively slow-moving industry and accepting the very latest digital innovations as being as mainstream and as valuable as cash will take time, as it should.

The potential and technology is there though for the wealth management sector. Rarely do those two things exist for long without being joined by the natural bedfellow of opportunity.

These Stories on News

Hubwise welcomes Magus to the platform

Hubwise welcomes Skerritts to the platform

Registered No: 06071374 Authorised and regulated by the Financial Conduct Authority No: 502619